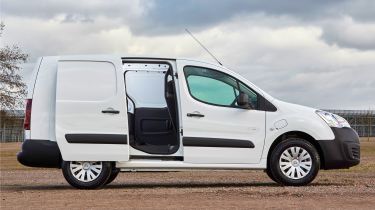 The Berlingo Electric is a niche model, but uses plenty of existing technology to go with its electric drive system. The Berlingo has been around since 2013, while the van shares a platform with older Citroen models such as the previous-generation C4 Picasso. It should be reliable, but question marks over the electrical systems (as opposed to the electric drivetrain) mean reliability might not be up to scratch.

With so few Berlingo Electric vans being sold, there’s no reliable information about how well it stands up to the rigours of everyday life. Still, looking at past Auto Express Driver Power surveys, it’s clear that cars which share running gear with the Berlingo Electric aren’t held in the highest regard for reliability.

Electrical issues seem to be a bugbear with owners, but seeing as the Berlingo Electric doesn’t have many electrical systems on board, it shouldn’t be such an issue here. And besides, the electric drive system has an eight-year warranty to cover any issues with it.

The Berlingo Electric hasn’t been crash-tested by Euro NCAP, but the diesel MPV version was put to the test back in 2014. It earned a poor three-star rating, with a 56% score for adult occupant protection.

The Electric gets the standard selection of safety kit, with stability control, hill-start assistance and a driver’s airbag. But a passenger airbag is optional, as are side airbags, while automatic lights and wipers are part of the optional Visibility Pack. Parking sensors are also optional, while the Serenity Pack – which adds automatic emergency braking to diesel Berlingos – isn’t offered as an option.